Take an ordinary wooden matchbox, and remove the drawer holding the matches. In the center place a small coin, a cent will be the best for the experiment, the object of which is to make the coin fall into the interior without touching it. Tap lightly on that side of the box to which you desire the coin to come, until it rests upon the edge. 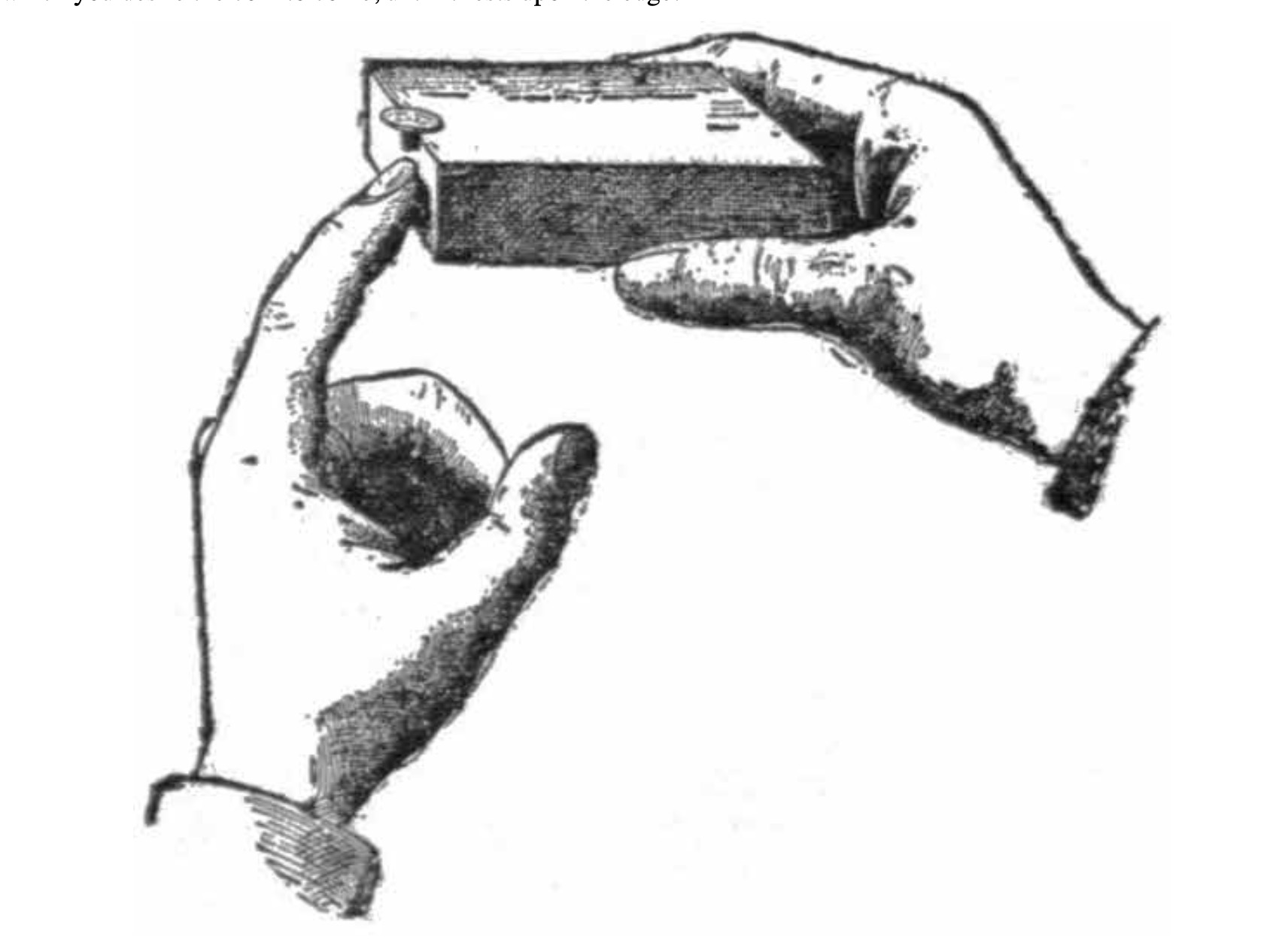 Then slightly raise the end of the box whereon the coin rests, and lightly tap with the finger once more. At once the coin will fall into the box. The secret of the experiment is this: the taps on the box only move the box, while the coin retains its position by reason of its own inertia, until the edge of the box reaches it. The last tap knocks away the support, and the coin, obedient to the law of gravity, falls vertically into the interior of the box. This little experiment is easily performed, and extremely interesting when done neatly.